Is Your Online Business Legal?

Find out the 3 legal mistakes you could be making as a blogger and online entrepreneur and how to protect yourself and your online business legally,
absolutely FREE!

+ receive a FREE BONUS VIDEO LESSON!
Get Your Free Guide! 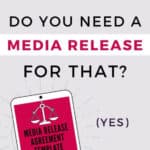 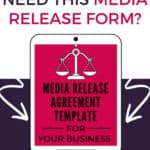 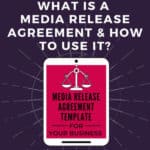 Have you heard of a Media Release Agreement?

Not many people know about it and why they must have it.

But now that we are living in a digital era where we constantly use someone else’s photo, video, audio as part of our business, we really need to make sure we are doing that legally.

In the online world, no matter what kind of entrepreneur you are, you are undeniably going to use someone else’s intellectual property (i.e. name, photo, video, etc) without knowing that you are violating their rights of privacy and publicity.

Because by doing that, you run the risk of getting sued and paying thousands of dollars in lawyer fees and court costs.

As an online or offline business owner, you are subjected to follow the law otherwise your one legal mistake can shut down your entire business.

This does not mean that you can’t publish other people’s media assets on your blog or website. You just have to make sure you are using the right legal documents to do that.

A Media Release Agreement is a legal document you must use before using someone else’s media assets, photos, videos, or testimonials.

What is a Media Release Agreement?

A Media Release Agreement or a Media Release Form is a legal contract or a legally binding document that allows you to have the right to use someone’s personal intellectual property in your business.

Put it simply, this form is needed when you want to use someone’s media property on your blog or website. Without this form, you risk violating the other person’s right to privacy, publicity, and other legal rights.

The Media Release Form must be signed by the releaser on or before participating in the event to avoid legal liability.

Having a Media Release Form signed is essential because this way, you are getting permission from the other person to use their personal intellectual property without getting into any legal trouble!

You may be wondering what is “personal intellectual-property”?

Let’s go over that.

What is Personal Intellectual Property and how is it released in a Media Release form?

Personal Intellectual property could be anything like someone’s name, photos, videos, and audios, and more!

It could also be testimonials from other people that you use in your business marketing.

This allows you to safely and legally use their media without owing them money or royalties.

Sometimes, as part of your negotiations, you will compensate the other person for giving you these legal rights to use their intellectual property and that would all be included in this media release form.

There are so many different names for a Media Release Agreement.

To save you the trouble and confusion, below are some of the common names you’ll see for this agreement.

They all are used interchangeably to refer to the Media Release Agreement:

Who needs to use a Media Release Agreement?

The short and simple answer is that every business owner needs a Media Release Form because we don’t operate our businesses in a vacuum.

Almost everyone uses other people’s names, photos, videos, or testimonials in their business.

Here are some common examples for you –

You get the point! Always ask yourself, do I have the legal rights to use someone else’s stuff?

When in doubt, grab this media release agreement to ensure you are protected legally. 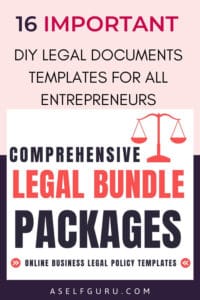 Why do you need the Media Release Agreement signed?

I’m sure that you don’t want to infringe someone’s right to privacy and publicity.

There are state and federal laws protecting our intellectual property. To avoid violating any of those, the easiest thing to do is get the Media Release Agreement signed by the other party before using their stuff.

It’s a one-way agreement where the other party is releasing you from all kinds of legal liability.

So by getting the Media Agreement signed, you protect yourself and your business from getting sued and you won’t end up owing the releaser any money or royalties for their intellectual property.

If the other person wants you to pay for using their intellectual then you could certainly include that in the Media Release Agreement as well. This way, both parties are clear about how they are going to proceed and what their financial obligations are to each other.

This way, you not only comply with the laws and but also avoid long expensive lawsuits!

I think it’s abundantly clear that to run a successful business, you should always play safe and get a Media Release Agreement signed first.

What should you include in a Media Release Agreement?

You should include the name and contact information of the releaser (person who’s giving you the legal rights to their intellectual property).

Then the most important thing to include is the grant of legal rights to you from the releaser as well as the waiver of that person’s right to sue you.

Things get complicated when you’ll include the details of waiving rights from the releaser.

Any little mistake in wording or verbiage can bring a potential lawsuit against you. And in a fraction of time, you could lose your sleep and appetite.

That’s why don’t try to put together a Media Release Agreement yourself. Unless you are a lawyer, you will have no idea how to draft it.

You must have a professionally drafted Media Release Agreement that clearly outlines what is being released and what legal rights are being granted to you.

Also, there are tons of other key legal provisions you need to include in your Media Release Agreement such as any restrictions of the intellectual property by the releaser, compensation, parental/guardian consent and others. 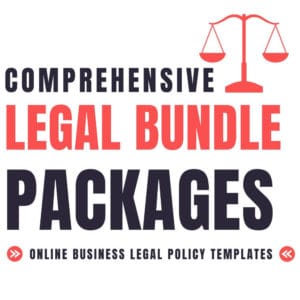 What could go wrong legally if you don’t use a Media Release Agreement?

In a nutshell, you can get sued and you’ll end up losing your sleep and lots of money.

Here’s an example of such a lawsuit, which could have been easily avoided with a Media Release Agreement.

I don’t want to scare you, but over the last 10 years, I have seen my share of lawsuits representing my clients in a variety of legal disputes:

I don’t think so, right?

Remember getting consent or permission from the other person prior to using their personal intellectual property is the best way to avoid these legal issues, especially when it’s so easy and affordable to use a Media Release Agreement.

As a business lawyer, I have worked with thousands of business owners in the online and offline space, and I understand the legal issues they face.

That’s why I’ve created a Media Release Agreement template for business owners like you.

Using this professionally written Media Release template is as easy as fill in the blanks. 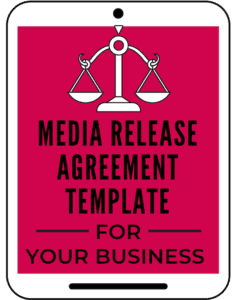 Just plug in your basic business information in the template as instructed and you can begin using the template instantly!

Take a look at what other entrepreneurs like you are saying about my legal templates here. 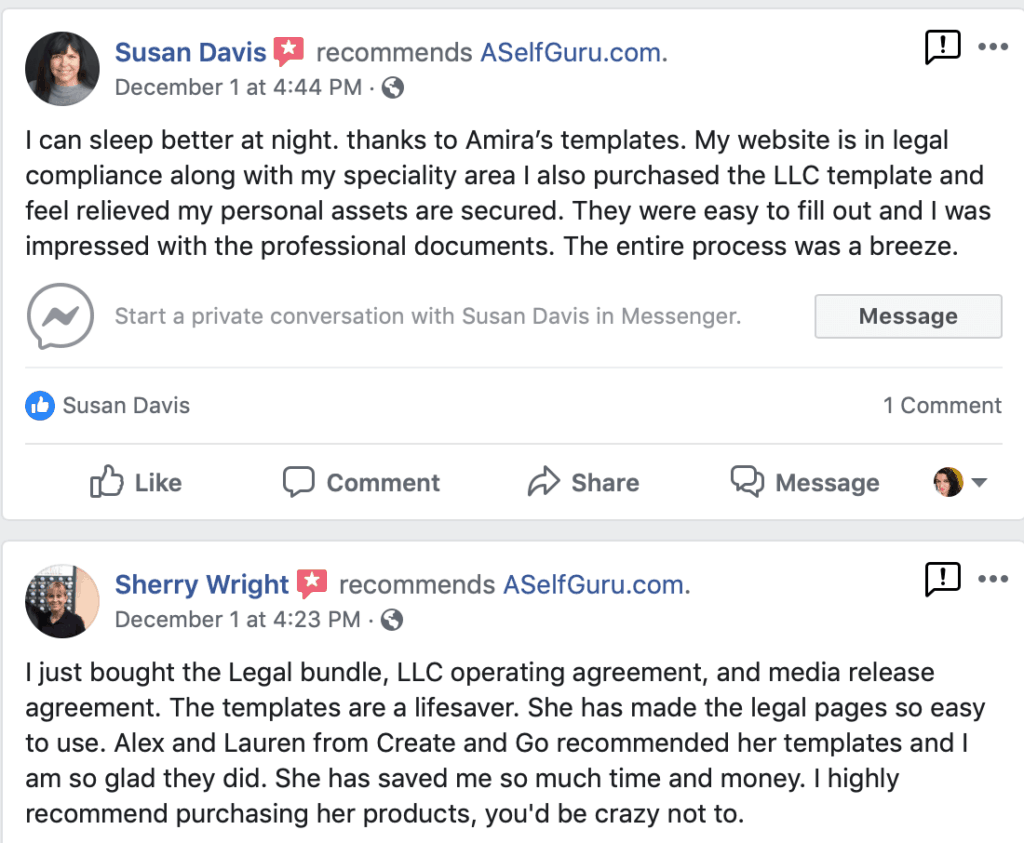 This media release agreement is your easy done-for-you legal solution:

Watch how Dana was frozen with fear until she found this legal template:

Grab your copy of a Media Release Agreement Template here

If you are new to the online world, you may not be aware of all the laws surrounding intellectual property.

You may grab someone else’s photo or video and place it on your website without knowing that you’re violating the rights of privacy and publicity of the owner.

But now you know this little mistake on your part can get you sued.

A Media Release Agreement is the right legal document you need in such situations to prevent lawsuits, saving you tons of time and money.

With the Media release form, you are granted the legal rights from the owner to use their photo, videos, and other intellectual property without worrying because that person has signed a contract to release you from lawsuits.

So it’s a no-brainer to make this Media Release Agreement as part of your everyday business practice to make sure your business is protected legally.

Click here to get your Media Release Agreement Template and start using it immediately to stay safe!

Let me know in the comments if you are using this contract to protect you and your business?

Other Important Legal Blog Posts You Should Read: 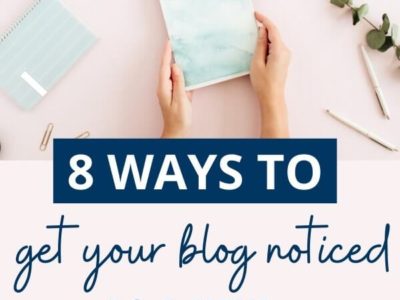 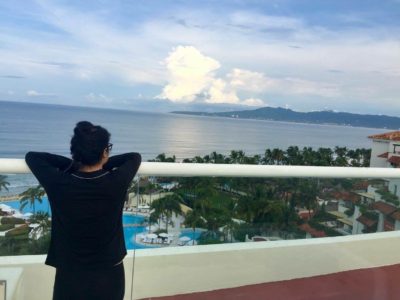 7 GREAT REASONS TO BE SELF-EMPLOYED 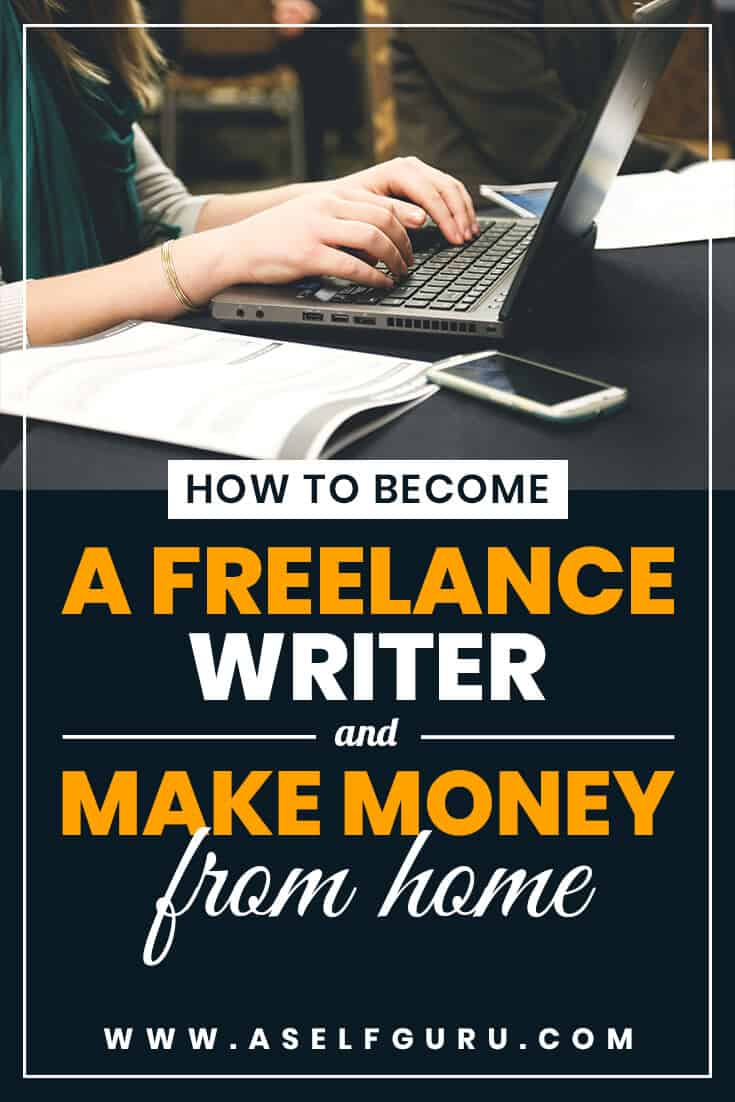 You are welcome, Kimberlie! Glad you enjoyed this post.

Excellent information as always, Amira. Thank you for your expertise and for providing us with another great resource!

You are welcome, Katrina! Appreciate the compliment, even more, coming from a fellow lawyer like you 🙂

Thank you, Amira! No one else is talking about this. I will use it as needed and recommend it to my readers where relevant.

Thanks, Jeremy! It’s probably because they don’t know about this legal contract and why it’s important 🙂 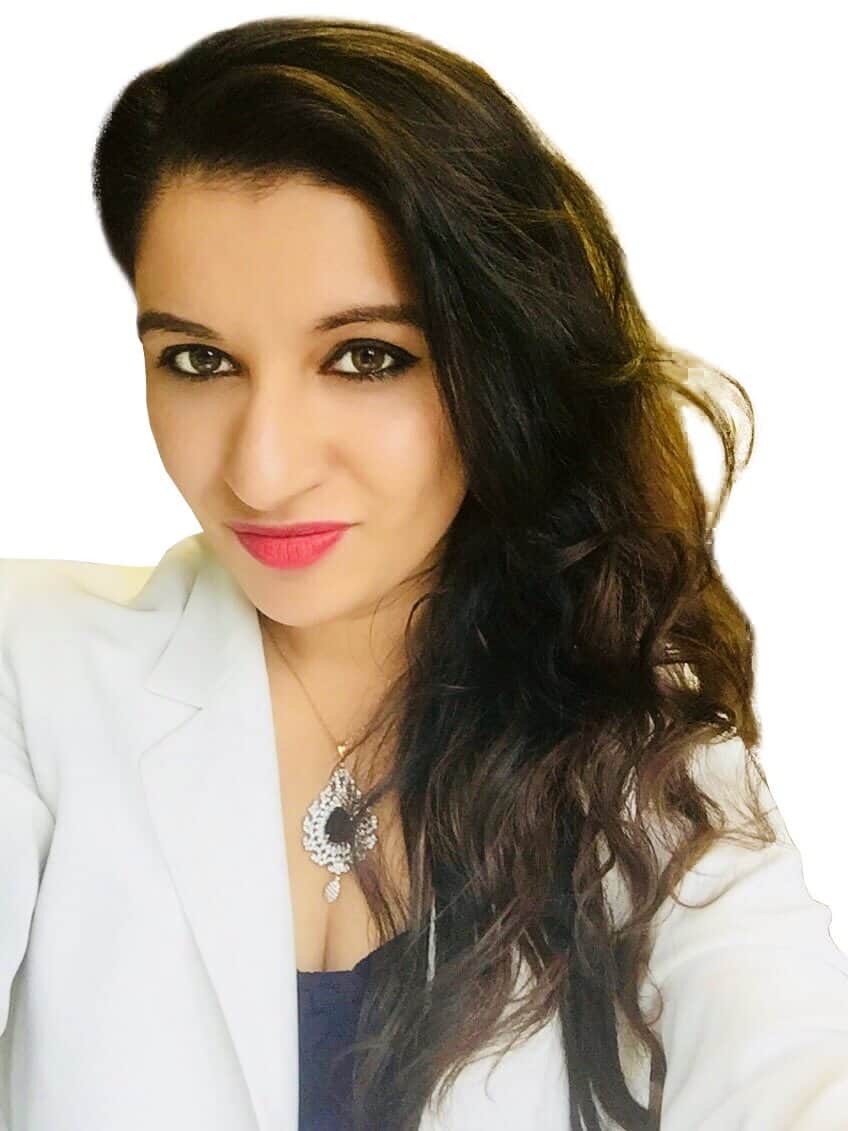 I am a business lawyer, six-figure blogger, and coach who teaches you how to make money blogging while protecting your online business legally! I started my blog with my full-time job as a lawyer and took it from 0 to $60,000 a month in less than 2 years, and now I teach you how to do the same! I've had the honor of helping over 10,000 entrepreneurs like you with my affordable legal templates and services in the last 10 years.

You will love being part of our friendly and supportive Facebook community of talented entrepreneurs! We’re a group of go-getters, bloggers and entrepreneurs supporting each other with legal, business and blogging tips.

FREE BUSINESS AND LEGAL CHECKLIST FOR YOU

Grab my FREE Legal and Business Checklist you need if you want to be your own boss! 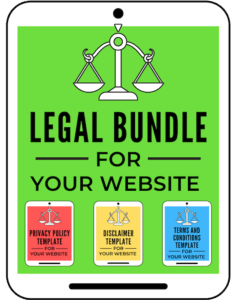 3 Ways to Legally Protect Yourself and Your Business 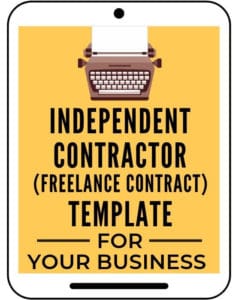 Grab This Bundle to Make over $20K/Month 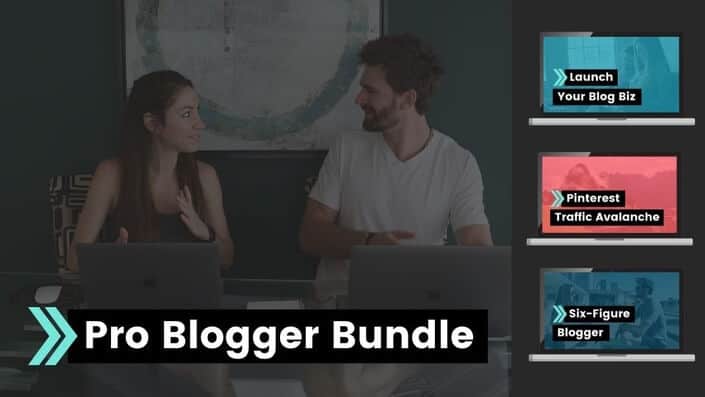 60 DONE FOR YOU CANVA GRAPHICS! 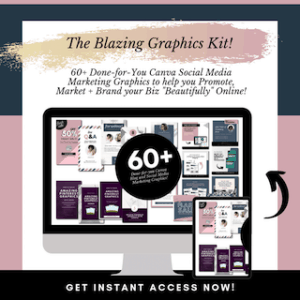 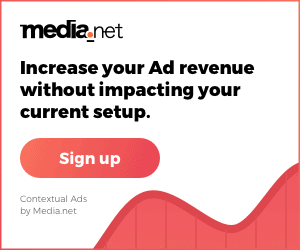 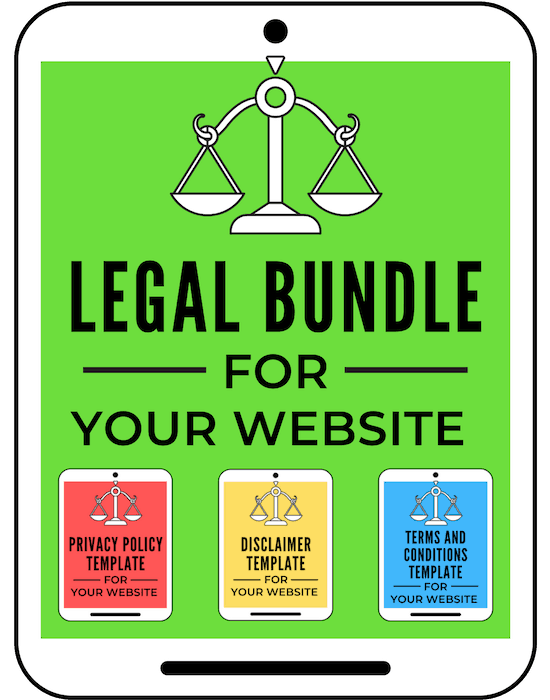 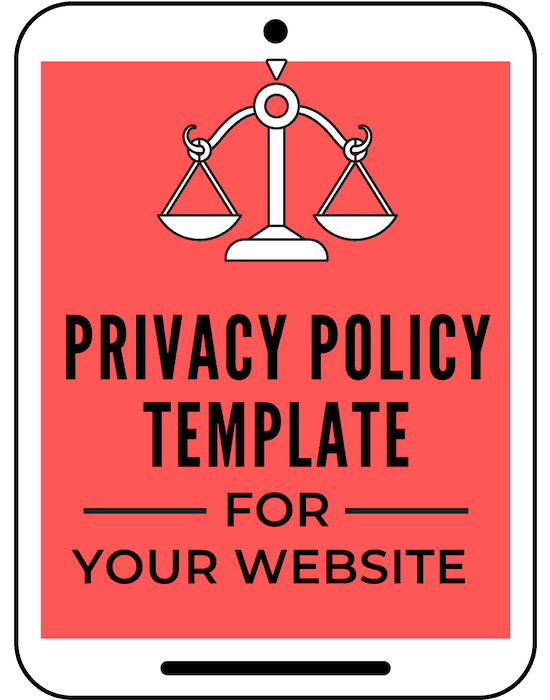 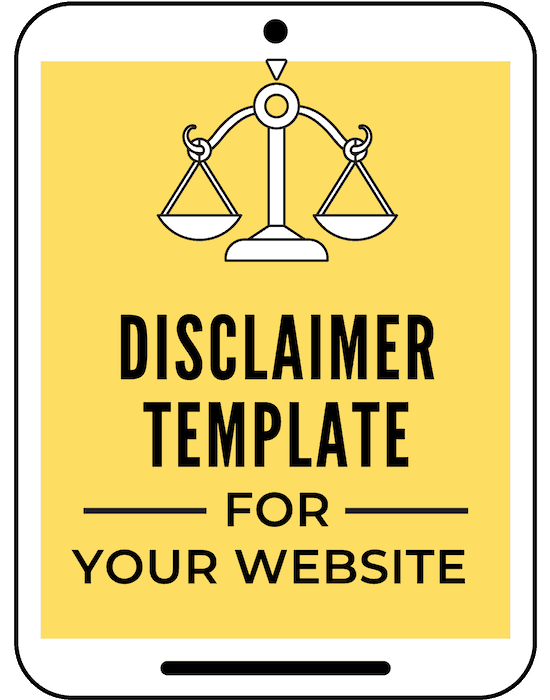 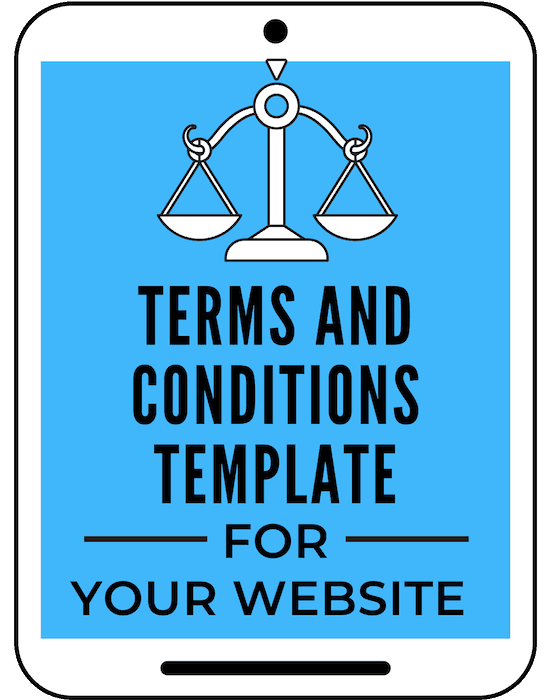 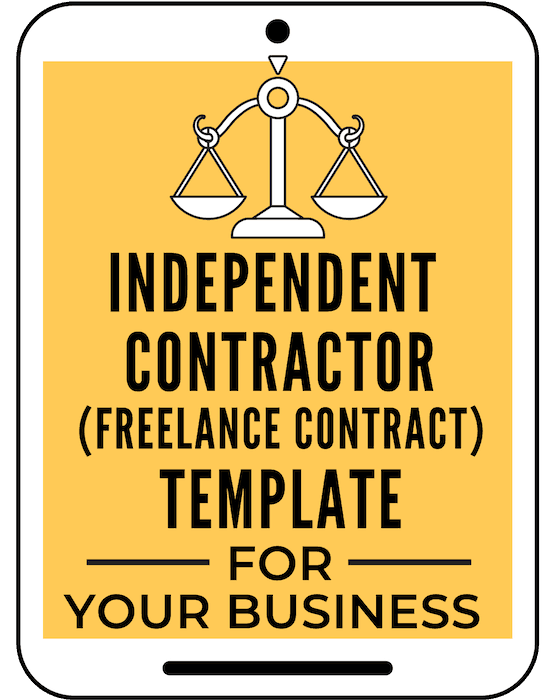 This is not a law firm and nothing on this website should be construed as legal advice. Although I’m a lawyer, I’m not your lawyer and no attorney-client relationship is established with you in any way. All content on this website is for informational and educational purposes only.

This website is a participant in the Amazon Services LLC Associates Program, an affiliate advertising program designed to provide a means for sites to earn advertising fees by advertising and linking to amazon.com.

Grab my secret list of the best blogging resources including affiliate programs that made me $60,000 per month!